We believe the Bible was written by God through men who were moved by the Holy Spirit. God reveals himself to us through the scriptures which are completely true, reliable, and authoritative. The Bible ultimately points us to Jesus, who has the power to make our lives whole again.

We believe God is the only one true God. He is one being who exists in three persons: God the Father, God the Son, and God the Holy Spirit. God is the all-powerful, all-knowing creator and king of the earth. He is in control of everything and everything belongs to him. God is holy and loving. Because he loves us, he became a human being and lived among us. He gave his life for ours so he could bring us back to himself.

We were made by God in his image. We were created to be in relationship with him. But we believed a lie and turned away from God. We did things our way instead of God’s way. Because of this, death and evil came into the world. We are broken. The world is broken. But there is hope. God promises he will restore goodness and blessing through Jesus, a servant king who will defeat evil, save his people, and bring peace and harmony to the world.

Salvation is a free gift that God’s son, Jesus, offers to everyone. Jesus is the only one who can restore our relationship with God. When you trust Jesus with your life and believe in your heart that God raised him from the dead, then you will be saved. You will be adopted into God’s family and will become his son or daughter. You will live with your Heavenly Father forever in heaven.

The Word became a human being. He made his home with us. We have seen his glory. It is the glory of the One and Only, who came from the Father. And the Word was full of grace and truth. John1:14

I am the living bread that came down from heaven. Everyone who eats some of this bread will live forever. This bread is my body. I will give it for the life of the world. John 6:51

He wants all people to be saved. He wants them to come to know the truth. There is only one God. And there is only one go-between for God and human beings. He is the man Christ Jesus. 1 Timothy 2:4-5

So the Lord God spoke to the serpent. He said…, “I will make you and the woman hate each other. Your children and her children will be enemies. Her son will crush your head. And you will bite his heel.” Genesis 3:14-15

The Lord says, “It was my plan to crush him and cause him to suffer. I made his life an offering to pay for sin. But he will see all his children after him. In fact, he will continue to live. My plan will be brought about through him. After he has suffered, he will see the light of life. And he will be satisfied. My godly servant will make many people godly because of what he will accomplish. He will be punished for their sins. So I will give him a place of honor among those who are great. He will be rewarded just like others who win the battle. That’s because he was willing to give his life as a sacrifice. He was counted among those who had committed crimes. He took the sins of many people on himself. And he gave his life for those who had done what is wrong.” Isaiah 53:10-12

May the king’s name be remembered forever. May his fame last as long as the sun shines. Then all nations will be blessed because of him. They will call him blessed. Psalm 72:17

Jesus answered, “I am the way and the truth and the life. No one comes to the Father except through me.” John 14:6

Say with your mouth, “Jesus is Lord.” Believe in your heart that God raised him from the dead. Then you will be saved. Romans 10:9 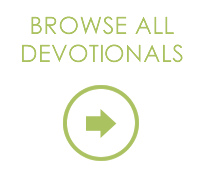